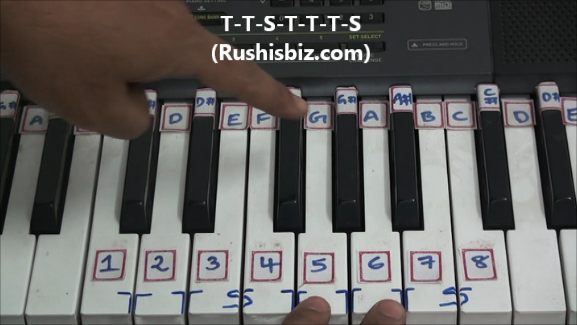 Since it is a ‘C’ major scale obviously ‘C’ will be first note, how to find the remaining notes ?

The simple formula which is used for any major scale:

What do you mean by Tones and Semi tones?

Tone (whole step) – If there is a one key between two notes, then the distance between those two notes is Tone or Whole step.

Eg: from C to D is a Tone or Whole step

Semi tone (half step) – If there are no keys between two notes, then the distance between those two notes is Semi tone or Half step

Eg: from E to F is a Semi tone or Half step (Immediate keys)